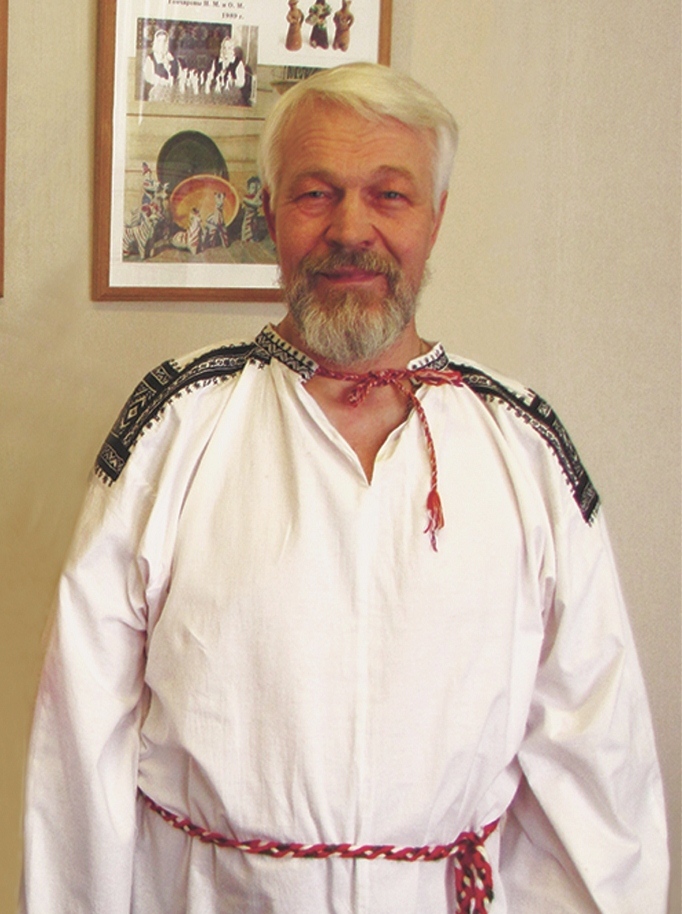 Lobyncev V. I. graduated the Art and Graphic Faculty of the Kursk State Pedagogical Institute in 1972.

He had been working at the Starooskolsky Art School named after Erdenko No. 1 from 1983 to 2019 as a teacher of the Department of Fine Arts.

Having adopted the experience of the hereditary masters of the starooskolsky folk clay toys of the sisters O.M. and N.M. Goncharovy, he introduced the teaching of traditional folk crafts of our region into the educational process.

In 1989 the commission of the Union of Artists of the Russian Federation awarded him the title of "People's Master of Russia" in folk art.

In 2008, the All-Russian magazine "Folk Art" No. 3 (Moscow) published an author's publication with photographs by Lobyntsev V.I. about the preservation and rebirth of the starooskolsky traditional clay toys.

Since 2007, Vladimir Ivanovich has been the head of the city club "Tradition", the main goal of which was the preservation and development of the craft, continuity in the transfer of the experience of traditional craft.

Lobyncev V.I. constantly works for the art education and pedagogic metodics. The painting program developed by him for senior classes received a positive review and was approved by professor of Kursk State University, Doctor of pedagogical sciences Shabanov N.K.

In the second stage of the International competition of professional skills "Teacher of art education – 2008" (Syzran – Moscow), the methodological manual "Starooskolskaya clay toy. Modeling. Painting" was awarded the highest award of the competition – the assignment of a certificate.

In March 2011, the city club "Tradition"`s experience of the rebirth of starooskolskaya clay toy and teaching modeling in the club and in the M.G.Erdenko Kids art school was covered on the Russian TV channel in the program "I want to know" with Mikhail Shirvind.

Vladimir Ivanovich was repeatedly awarded diplomas of All-Russian and International competitions, the city and regional Department of Culture diplomas, the regional education methodical cabinet. In 2009, Vladimir Ivanovich was awarded the jubilee medal "100 years of trade unions of Russia". In 2010, he appropriated the title of "Veteran of Labor". In 2007, the teacher became a participant of the All–Russian Exhibition of traditional Folk decorative and applied Art in Vologda; in 2009 – a participant of the All–Russian exhibition "Russia - 11" in Moscow; in 2010, he participated in the fifth All–Russian festival of modern handmade toys in the city of Vyatka; in 2011, he participated in the International Exhibition - Competition "The Battle Field of Russia" in the city of Belgorod; in 2011, he participated in the interregional competition "Masters of the Nightingale Region" in the city of Sudzha; is a participant in three interregional festivals "Sloboda Artisan" in the city Stary Oskol.